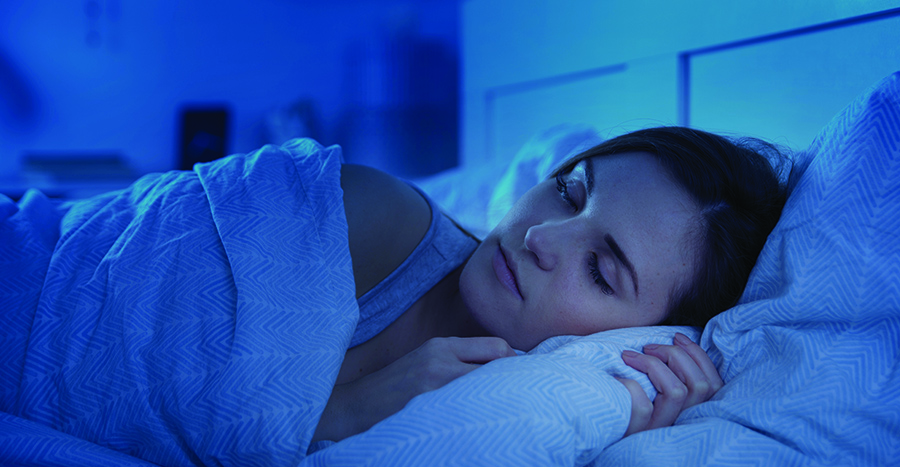 Since recorded history, sleep and dreams have captured the imagination and interest of man. Modern science has discovered much about our sleep and in a ten-part series, we will explore what goes on when we sleep and the effects of sleep loss.

Sleep is a behavioral state characterized by very little physical activity and almost no awareness of the outside world. Most scientists think sleep is vitally important and research continues to learn exactly what sleep does. What we do know at this stage of research is that without sleep we would die. It is as necessary as the air we breathe and the food we eat.

Our bodies tell us when we need to sleep and when sleep has done its job. Following normal sleep we feel rested and know that we have slept enough. In addition to this obvious benefit, research clearly shows that learned knowledge is retained during normal sleep which affects our memory function. Normal sleep also aids in the development of growth hormones in children and strengthens the immune system for everyone.

Sleep is actually made up of two different states: (1) non-rapid eye movement sleep (NREM); and (2) rapid eye movement sleep (REM) or the dream state. During REM sleep you can watch the sleeper’s eyes move around beneath closed eyelids. Some scientists think that the eyes move in a pattern that relates to the visual images of the dream. We are almost completely paralyzed in REM sleep with only the heart, diaphragm, eye muscles and the smooth muscles (intestines and blood vessels) operating during sleep. Our deepest stages of sleep are REM and stages 3 and 4 of NREM. We are most easily awakened during stage 1 and 2 of NREM sleep. Scientists have learned that the four stages of NREM and REM sleep, occurring in a continuous cycle while we sleep, are necessary for memory function, productivity and overall good health.

The timing of sleep and wakefulness is controlled to a great extent by our exposure to the natural light and dark cycles of the earth. All humans tend to sleep in the dark and move about in the light. Our internal biological clocks are sensitive to light and have evolved over the ages in close approximation to the 24-hour light-dark cycle of our world.

How much sleep should I get?

Not everyone has the same sleep needs. However, it is true that most people need about eight hours of sleep a night. Only 10 percent of the population needs more or less. Newborn babies average sixteen to eighteen hours of sleep a day. By the end of their first year, most babies sleep twelve to fourteen hours a day. This declines over their adolescent period and levels off at eight hours per night until they reach their teens. Between the ages of twelve and twenty, young people need an hour more sleep than do pre-teens. The need for sleep actually increases during the second decade of life. With eight hours of sleep, the daytime alertness of teens is severely impaired. In spite of this increased need, peer pressure and other external pressures force many young people to turn in the opposite direction. Once in our twenties and through the rest of our lives, the average person requires about eight hours of sleep per night although the “bed time” and “rise time” may shift as we age.

Why do we dream?

The reason we dream is unknown. However, dreaming is an integral part of sleep and appears to be unavoidable. It provides necessary stimulation to the brain while giving us a safe and socially acceptable way to fulfill our wishes and dreams. Learning specialists feel that dreaming is important for consolidating what we have learned while we were awake so that we can remember facts and problem solutions for years to come.

Doctors believe that many common features of dreams stem from the physiological paralysis that naturally occurs during REM sleep. For example, many people dream about falling, being unable to get away from a pursuer or unable to move fast enough to prevent an accident. All of these kinds of dreams have the common feature of movement impairment which may stem from the brain’s recognition of paralysis during REM sleep.

Many people believe that we can solve problems during dreams and there are experiments showing that during REM sleep some people have heightened telepathic capabilities. Dream interpretation can also give insight into what problems are being faced and how well the person is coping. People who frequently have disturbing dreams may have a psychological problem that requires professional attention.

What are the best ways to get a good night’s sleep?