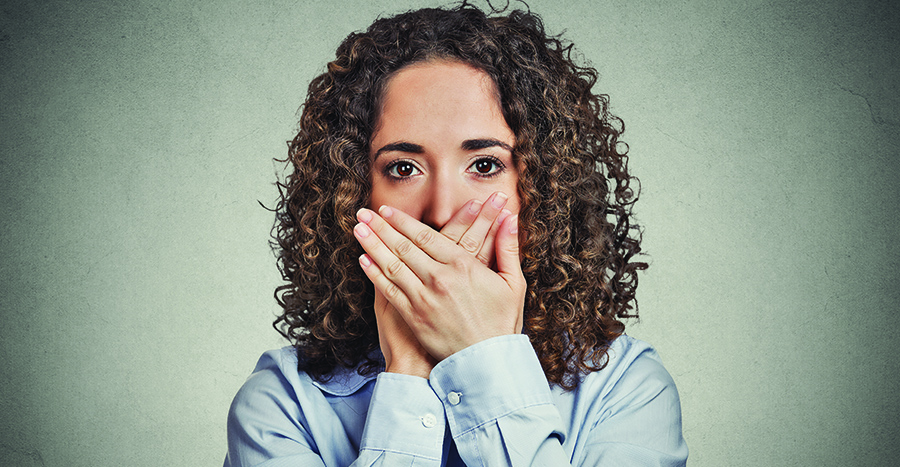 There are two types of spasmodic dysphonia (SD). The first and most common is adductor SD which causes intermittent excessive closing of the vocal folds during vowel sounds in speech. The second type is abductor SD causing prolonged vocal fold opening during voiceless consonants.

The speech symptoms are different in each disorder. Adductor SD produces a tight, strangled voice quality resulting in broken speech patterns with abrupt termination and initiation of voice. The abductor type results in a breathy, whispering voice pattern that is difficult to coordinate with breathing producing excessive air loss while speaking.

The actual cause of SD is unknown. It is thought to be a central nervous system disorder called a dystonia that originates in a part of the brain called the basal ganglia. Dystonia refers to a variety of problems characterized by excessive contraction of muscles resulting in abnormal movements of individual muscles (focal dystonia) or groups of muscles. SD may coexist with other dystonias such as blepharospasm (eyelid contraction), oromandibular dystonia (jaw and tongue movement), cervical dystonia and torticollis (neck twisting) and writer’s cramp.

There is no definitive test for SD, and diagnosis rests on the presence of characteristic symptoms and signs in the absence of other conditions that present in a similar fashion. SD is often misdiagnosed for years as another type of disorder, including muscle tension dysphonia, Parkinson’s disease, psychogenic voice problems, or voice tremors. A team of experienced professionals is often needed to diagnose SD, including an otolaryngologist familiar with SD and a speech-language pathologist. Technology available to assist with diagnosis includes fiberoptic examination of the vocal cord appearance and function, as well as analysis of the acoustic parameters of the voice.

Many types of therapies have been used with limited success in the treatment of SD, including oral medication, speech therapy, and surgery. The current gold standard of treatment for SD involves botulinum toxin (Botox) injections into the affected muscle groups. Botulinum toxin has been utilized for years to provide selective chemical weakening of muscles for both medical and cosmetic purposes. The treatment weakens the muscles of the larynx so that spasms are greatly diminished and the quality of the voice is significantly improved.

Injections of botulinum toxin are performed under local anesthesia in the treating physician’s office with guidance from specialized equipment called electromyography (EMG) instruments. Patients with adductor SD tend to respond better to treatment than those with abductor SD for several reasons, including the difficulty accessing those muscles in the back of the larynx involved in abductor SD.

The beneficial effects of botulinum toxin last anywhere from two to six months on average. Side effects are transient, including difficulty swallowing or excessive breathiness for up to several weeks. Lifelong injections are necessary at this time.