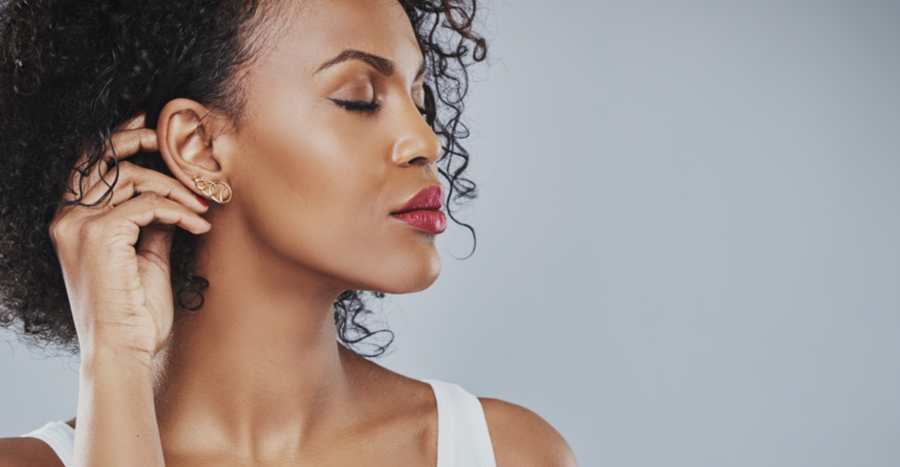 Sound is first focused into the ear canal by the cup-shaped outer ear. For us to hear, sound waves must first enter the ear canal and vibrate the ear drum. These sound vibrations are then transmitted by three tiny bones or ossicles (the malleus, incus and stapes), through an air filled middle ear space to get to the inner ear (cochlea). The vibrations then travel through a fluid within the inner ear and stimulate nerve endings (hair cells) in the snail shaped cochlea. The nerve endings create electrical impulses which are then carried through the inner ear nerve (cochlear nerve) to get to the brain. A hearing loss may be caused by any obstruction of the ear canal, abnormality of the ear drum, fluid in the middle ear space, problem with the middle ear bones, or abnormality of the inner ear nerve fibers.

The inner ear includes the cochlea and the three semicircular canals. The cochlea is a fluid-containing chamber shaped like a snail shell, which contains sensitive nerve fibers (hair cells) which convert vibrational sound energy into electrical nerve energy. The electrical impulses are transmitted to the brain by the auditory nerve.

Finally the nerves carry sound information to various auditory centers within the brain.  Breakdown of nerve integrity or decline in the auditory centers can lead to sound distortion, tinnitus, or even sounds becoming painful.  We will often see patients with fairly mild hearing level decline but they may have poor “word recognition score” – meaning they can hear sounds but cannot make out words.  Keeping the brain stimulated with sound is thought to prevent decline in word recognition – “USE IT OR LOSE IT”.